ARA FirePASS Oxygen-Reduction Fire Prevention is a revolutionary fire prevention technology that is designed to prevent fire from occurring by reducing and maintaining oxygen at non-combustible levels.

ARA FirePASS has the unique ability to create an environment of breathable, controlled oxygen-reduced air that prevents fire ignition. ARA FirePASS prevents fire proactively; eliminating damage and business interruption that occurs when using traditional fire suppression systems that work by suppressing a fire after it has started.

A few months after the installation of ARA’s FirePASS system, there was a fault in the power factor correction room. The VESDA system detected the fault and the ARA FirePASS system prevented a fire starting.

How Does ARA FirePASS Work?

The key to the technology is that oxygen-reduced (hypoxic) air is produced by partly filtering out oxygen from ambient atmospheric air. Normal atmosphere contains 21% oxygen.

The hypoxic air put into the space protected by ARA FirePASS is 15% oxygen and 84% nitrogen (1% is made up of argon, carbon dioxide and other gases). A fire cannot start in this environment. Common flammable solid materials and liquids cannot be ignited with an oxygen level below 16%.

Safe for People and safe for the Environment

ARA FirePASS produces and uses breathable air for fire prevention. It is safe for people and safe for the environment. No chemicals or gases are involved. The ARA FirePASS agent is simply oxygen-reduced (hypoxic) air.

There has been extensive medical research in the UK, Europe and Australia to support the safety of working in a hypoxic environment of oxygen at 15%.

At sea level, 15% oxygen content is equivalent, in terms of human physiology, to normal atmospheric air at an elevation of around 2,700 metres (9,000 feet) above sea level or being on a commercial flight. Millions of people around the world live at altitudes equivalent to exposure at or below 15% oxygen concentration at sea level.

Hypoxic air environments are currently used for physical training and rehabilitation of athletes, as well as in medical research.

ARA engaged a thoracic specialist, Professor Matthew Peters, President of the Thoracic Society of Australia and New Zealand, to conduct an independent review on working in hypoxic conditions, with a goal to develop a protocol for workplace safety.

ARA FirePASS works best in any situation in which the highest level of fire protection is essential, such as high-value technical installations where un-interrupted operation is a must, or for rare and irreplaceable items.

The deterioration of materials and stored goods is strongly diminished due to the air’s reduced-oxygen content. This slows oxidation and preserves materials, equipment, documents, artworks, museum exhibits and artifacts.

ARA takes great pride in introducing the world’s latest innovations and technologies to the Australian market. 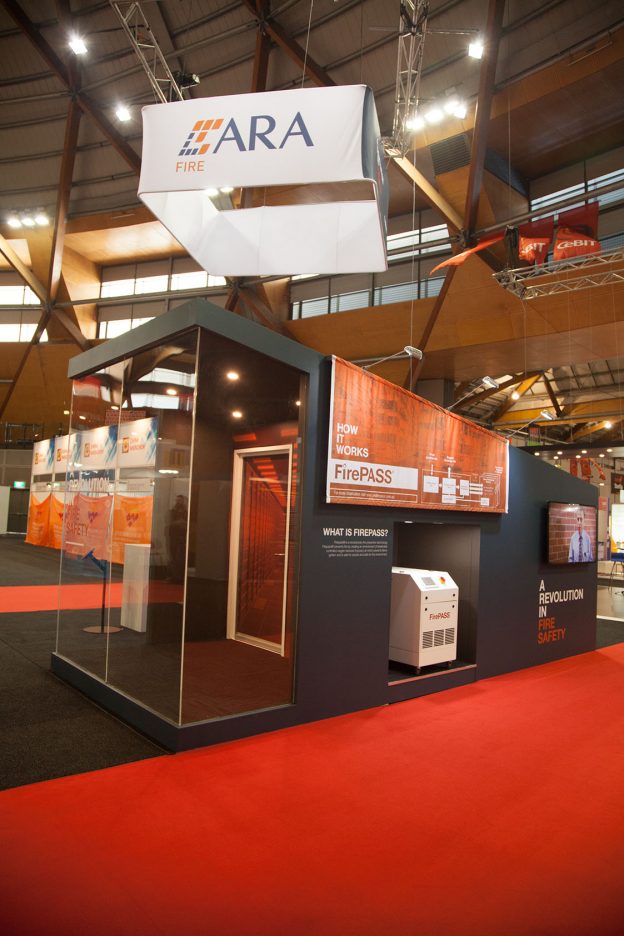